DENVER, March 3, 2020—Linda Childears announced today that she will retire as president and CEO of the Daniels Fund on April 30. Childears joined the Daniels Fund in 2005, during which time she has implemented the board of directors’ strategic direction while also being responsible for all of the organization’s programs and operations. Upon her retirement, Childears will be recognized as the Daniels Fund’s President Emeritus.

“It has been the honor of a lifetime to guide the Daniels Fund,” Childears said. “Bill Daniels was one of the finest individuals this country has ever produced, and I know that he would be incredibly proud of the foundation that is his legacy. The Daniels Fund has never been stronger, and after considerable deliberation I have decided that now is the right time for me to retire.” 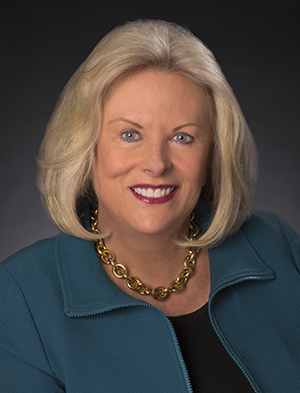 The Daniels Fund was established by cable television pioneer Bill Daniels. It is a private charitable foundation dedicated to making life better for the people of Colorado, New Mexico, Utah, and Wyoming through its grants program, scholarship program, and ethics initiative. Since its founding in 2000, the Daniels Fund has granted nearly $900 million to deserving scholars and organizations, while simultaneously growing the foundation’s endowment from $1 billion to more than $1.5 billion.

“I would like to thank Linda for her years of service and incredibly hard work on behalf of the Daniels Fund, as well as her commitment to honoring the legacy of Bill Daniels,” said R. James “Jim” Nicholson, chairman of the board of directors at the Daniels Fund. “Linda’s leadership over the past 15 years reflects her strong dedication to honoring Bill’s philanthropic intent.”

Childears added, “I would like to thank the members of the board and the staff at the Daniels Fund for their tireless support. I also would like to thank our community partners and our grant recipients, including our Daniels Scholars. The impact we have made to promote Bill’s ethics and values — compassion for others, entrepreneurial spirit, and commitment to excellence — would not have been possible without their support.”

The Daniels Fund will conduct a search for a new president and CEO.