Daniels Fund Celebrates $1 Billion in Giving
Since its Founding

The Daniels Fund has reached $1 billion in giving since its founding just over 20 years ago. During that time, the foundation has awarded more than 13,000 grants and nearly 4,600 college scholarships. The billion-dollar mark was officially crossed last night when the Daniels Fund awarded a $200,000 grant to Arrupe Jesuit High School at a celebration at the Cable Center.

“Bill Daniels gave freely in his life. It’s an honor to carry on his legacy of generosity today as we celebrate $1 billion invested in our communities,” said Daniels Fund President and CEO Hanna Skandera. “There’s no doubt that lives have been changed for the better thanks to the gift he provided when he created this foundation. It’s incredible to think about the impact $1 billion has had in this region and the lives that have been touched.” 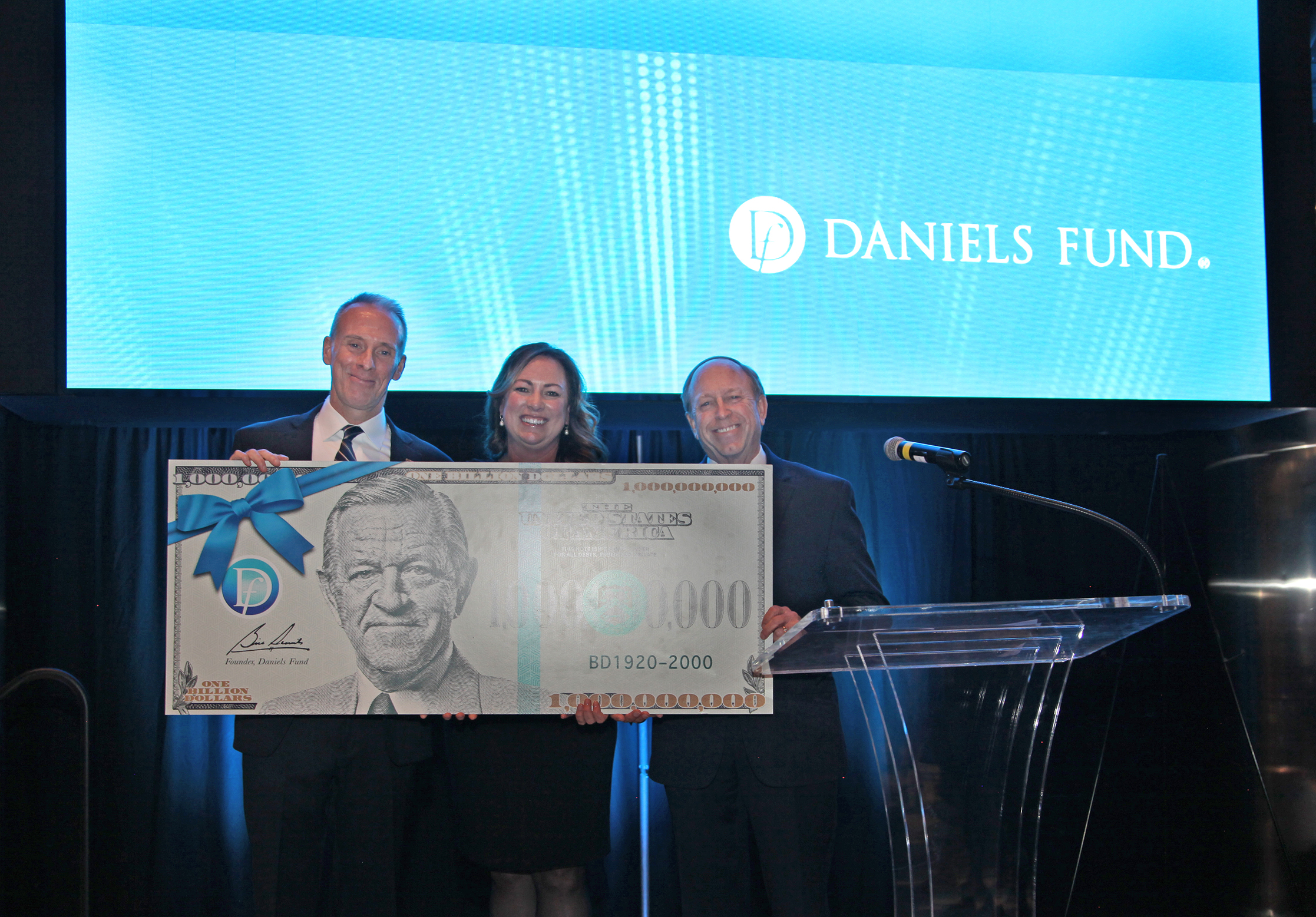 “You see Bill Daniels’ values of integrity, honesty, and respect for people in the students we serve at Arrupe,” said Arrupe Jesuit High School President Michael O’Hagan. “The Daniels Fund believed in us when we were just getting started and has helped shape our organization and given us the opportunity to pass those values on to hundreds of students.” Read more stories of impact at DanielsFund.org/Stories.

About the Daniels Fund
The Daniels Fund, established by cable television pioneer Bill Daniels, is a private charitable foundation dedicated to making life better for the people of Colorado, New Mexico, Utah, and Wyoming through its grants program, scholarship program, and ethics initiative. Visit DanielsFund.org to learn more.
Media Contact: Bruce Wilmsen
Direct: 720.941.4429
This email address is being protected from spambots. You need JavaScript enabled to view it.
About Daniels Fund | About Bill Daniels | Grants | Scholarships | Ethics | Meeting Space | Impact | Contact Us